Benjamin R. Talley (Ben) is a native of Caldwell County, Kentucky. He completed his undergraduate education at the University of Kentucky in 2011 where he received a Bachelor of Arts in Economics and a Bachelor of Arts in Political Science. While at UK, Ben was inducted into Phi Beta Kappa and PhiKappaPhi honorary societies. In 2014, Ben received his Juris Doctor degree from The Pennsylvania State University–Dickson School of Law in University Park, Pennsylvania. While in law school, he served as a Senior Editor for the Penn State Journal of Law and International Affairs and worked with the Penn StateLaw of Rural Economic Development Clinic.

Ben was admitted to the Kentucky Bar in 2014, and is also admitted to practice in the United States District Court for the Western District of Kentucky. He is a member of the Kentucky Bar Association and is a member and past president of the Christian County Bar Association. Ben practices in the state and federal courts throughout Western Kentucky, and focuses his practice in the areas of real estate law, civil litigation, personal injury law, and commercial law. Ben is an approved attorney for Old Republic Title and Investors Title.

Ben is married to Jordan Talley and has two children, Boone and Jo. 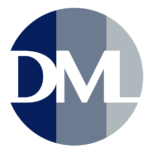 Disclaimer: This site is for informational purposes only. This site does not offer legal advice, nor shall the owner be held responsible for inappropriate use of its content.